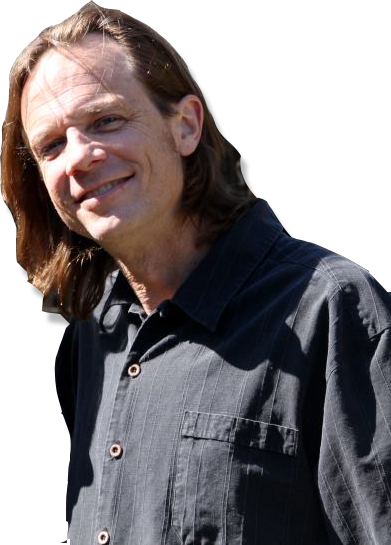 Jackson Beale was born John Lawrence Beale III on Dec. 30 1967. It was decided by his mother, Pam Beale, that he would be called Jackson.  His father went by Jack Beale, and this was Jack's son. Thus he was called Jackson, though his name wouldn't be legally changed to Jackson Beale until 2010.  As a child, Jackson was in several commercials, and was even considered for the lead in Pete's Dragon. As a young teenager his focus changed to sports, basketball in particular. His mother remarried and had a set of twins, giving him a sister, Meghan Ann McKenna, and a brother, Sean Patrick McKenna. While living on the west side, his step father Barry McKenna helped to teach Jackson about construction and other trades. His mother and step father separated in the early 80's.  He moved with his mother, brother, and sister to the San Fernando Valley, where he helped his single mother raise the twins while finishing high school. Anyone that knew Jackson at this point in his life knew he was a VW bug fanatic. His passions were Art, Music, and VW's. Jackson graduated in 1986 from North Hollywood High School, and began classes at LA Valley College.

In his latter teenage years, Jackson began his career, building commercial sets at the company Reel Sets and then M&M sets. It was around this time that he met the love of his life and soon to be wife, Jennifer (Horrigan) Beale. They were married in 1986 at the young age of twenty and twenty-one and spent over twenty years together.  Their first of 4 children, John Lawrence Beale IIII, was born in 1992. As a young adult Jackson and his family moved around quite a bit, but they spent the majority of their time in his favorite area, Topanga Canyon, a place he loved even as a child. In the years to follow, he had 3 more children, Jade, Jordan, and Janelle.  Jackson loved his family more than anything.  Everywhere he went, everyone knew how much he loved them. He couldn’t help but let it pour out of him.  His children were his life.  When asked as a child what he wanted to be when he grew up, he answered “A Daddy!”.  And he was an incredible one.

Jackson was the lead painter at Jet Sets for many, many years and later moved around a little to companies like Tribal Scenery. He loved what he did and it was reflected in the reactions of those he worked with.  After the birth of his last child, Jackson made the transition into the union side of the industry. He became a member of IATSE Local 729 and worked on the productions of "Shark", "Neighbors", "Mirrors", "CSI: Crime Scene Investigation", and "True Blood" to name a few.  However, most of his time was spent on all eight seasons of the critically acclaimed show "House".

Jackson will be remembered as a passionate, hard working artist. He was loved and admired by all who knew him. His smile and kindness were his calling card. His dedication and professionalism are his legacy. He gave so much to so many. He will be loved and remembered always.